Dirt is Healthy for Children

In a world full of Clorox wipes, Lysol, and hand sanitizer, recent studies have shown that our modern day obsession with hygiene could actually be doing our kids more harm than good. Here are five reasons why a little dirt is nothing to worry about and should actually be encouraged.

1.) Dirt is Good for the Heart

A Northwestern University study found that dirt could also offer some amazing heart benefits for children. Researchers analyzed data from thousands of Filipino children and observed that kids who had high exposure to soil had lower levels of C-reactive protein (CRP).  This is important because CRP is a biomarker for cardiovascular disease, heart attacks, and stroke.

In his 2008 book, Last Child in the Woods, journalist Richard Louv coined the term “nature deficit disorder,” or a disconnect between children and their outdoor surroundings.

He believed this detachment was part of the source of many childhood issues, including Attention Deficit Disorder (ADD) and childhood obesity. In his nine years of research, Louv found that direct exposure to nature has a huge impact on a child’s wellbeing and that children who were allowed to play outside on a regular basis had lower instances of these issues.

It’s been found that children whose parents allowed them to get dirty and play in the mud actually have healthier immune systems. In 2012, the Journal of Allergy and Clinical Immunology released a study showing that Amish children who grew up on farms had a much lower rate of allergies than children who lived in more urban settings.

But why was that?

It’s called the Hygiene Hypothesis. Some researchers believe that our overly sanitized world has caused our children’s immune systems to under develop because they’re not being exposed to bacteria, parasites, and other organisms. This leaves them at risk for autoimmune disorders like asthma, allergies, and multiple sclerosis.

It’s thought that because these Amish children were allowed to play in the dirt and touch germy farm animals at an early age, it boosted their immune systems ability to fight disease.

On the flip side, another study showed that children who lived in a home where chemical cleaning sprays were frequently used had a higher risk of developing asthma.

All parents worry about their babies contact with dirty or dangerous things. As a parent, how many times have you had to grab dirt out of your baby’s hands before he or she tries to eat it? But, as it turns out, that soil really may not be all bad.

Babies are born with enough iron stores to last them until they’re about six months old. After that, they need to start getting this mineral from outside sources. If you breastfeed your infant, he or she may not be ingesting enough iron. That’s because breast milk contains less than a milligram of it per liter.

Many parents use vitamins to supplement the iron missing in their child’s diet, however dirt can be another source of this essential mineral.

Along with iron, soil also contains zinc, magnesium, and other nutrients.

But parents can breathe a sigh of relief: you don’t actually need to add a daily serving of soil into your babies’ diets, as they will unintentionally ingest enough through daily play and exposure to the outdoors.

A study by Bristol University in the United Kingdom, found that a type of bacteria found in dirt called Mycobacterium vaccae could actually help the brain produce the hormone serotonin. Serotonin can positively alter our mood, causing feelings of happiness and security. This is especially important for kids, as doctors have seen an increase in depression and anxiety amongst children and pre-adolescents over the past several years.

In addition, a study of this bacterium’s anti-depressant effect has shown that it can also translate to classroom success. When researchers exposed mice to M. vaccae, they found that it significantly improved their learning! 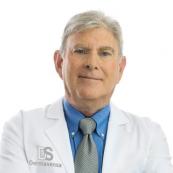