The History of Breast Implants

When the first breast augmentation took place over 100 years ago, no one could have guessed that the procedure would explode into the multi-billion dollar industry it is now.  In fact, it’s been estimated that 1 in every 26 American women have breast implants.

The first ever breast reconstruction occurred in 1895, when Dr. Vincent Czemy removed a large lipoma (fatty tumor) from a woman and transplanted it to her breast area as a way to correct asymmetry from a mastectomy.

While this method didn’t become the predominant method of breast reconstruction -most women didn’t have a perfectly sized benign tumor just waiting to be used- it did set the stage for experimentation with the procedure, including some pretty bizarre methods.

In the early 1900’s physicians used a variety of- now deemed totally unsafe- materials to enlarge or enhance women’s breasts.  Anything from paraffin – a mixture of petroleum jelly and olive oil- injections to glass balls to beeswax were tried as methods of breast augmentation. Predictably, these first methods created a host of problems for the patient, and left the medical world bereft of safe alternatives for breast enhancements.

The first use of silicone to enhance a woman’s chest is actually pretty sad. It initially gained popularity in Japan after the country was decimated by the effects of World War II. Prostitutes-many of which only turned to the trade out of desperation- would inject silicone liquid into their breasts as a way to woo American soldiers. However, this caused a myriad of health problems, the most of common of which were massive inflammatory reactions to having the material inserted directly into the tissue.

But despite the health risks, the results received some positive reactions the G.I.’s, and the process spread to the United States.

After the war ended, the world of breast enhancement stayed fairly quiet…that is until 1961, when two plastic surgeons- Thomas Cronin and Frank Gerow- created the very first silicone implants.

Cronin and Gerow came up with the idea after visiting a blood bank and noticing how liquids were now being carried in plastic bags, rather than glass vials and bottles. The bags, they said, felt remarkably like a woman’s breast.

So, the two teamed up with the Dow Corning Corporation, which produced the materials used for these first implants- a thick silicone gel inside an equally thick elastic envelope.

A year later, Timmie Jean Lindsey (pictured below) entered a Texas hospital simply hoping to have a tattoo on her breast removed, but walked out as the first woman to receive silicone implants, modestly increasing her cup size from B to C.  During this time, implants were placed subglandular, meaning that they went under the mammary glands but over the pectoral muscles.

Later in the decade, surgeons would experiment with submuscular implants-or implants that were placed under the pectoral muscles. This was done to prevent capsular contraction-hardness of breast- and was thought to make rippling of the implant less apparent.  Today, both techniques are still used, each with their own advantages and disadvantages.

For the next 50 years, silicone would become the staple for implants, though they, obviously, went through some updates both for safety and aesthetics.

And as surgeons experimented with the types of implants used in breast augmentations, different incision types were created to accommodate them. Today, there are four main types of incisions, : periareolar, meaning in the incision is made along the outline of the areola; transaxillary, or underneath the armpit; inframmary, where the incision is placed along the fold of the breast, and the TUBA incision, which involved making one incision along the rim of the navel and the implant is moved up from the abdomen to the breast site.

During that same time, saline implants were also introduced as a second option for women looking to increase their bust sizes. These were made from a saline solution inside a silicone shell.

However, they never quite enjoyed the same popularity of their more life-like cousins. That is, until controversy struck in the early 1990’s.

The FDA placed a moratorium on silicone breast enhancements from 1992 to 2006 –except in the cases of breast reconstruction- after numerous previous patients filed complaints stating that their implants had caused autoimmune disorders.

Over 100 different research studies, however, effectively debunked this claim- once again making silicone implants the most popular choice in America for breast enhancements.

Today, breast augmentation remains the most popular form of cosmetic surgery in the U.S., with 286,000 women going under the knife in 2014, according to the American Society of Plastic Surgeons.

Much of that can be attributed to the widespread acceptance of a surgically enhanced chest. In 2002 Dolly Parton admitted to the world that she had breast implants, followed by a slew of other celebrities, including Pamela Anderson, Sharon Osbourne, and more. Today, there’s almost no stigma attached to the procedure.

But implants have done more than to enhance the cosmetic appearance of women everywhere. More and more women who have undergone mastectomies have elected for breast reconstruction, which, studies have shown can have positive psychological benefits.

And while it doesn’t look like the beloved silicone implant is going anywhere, the medical community continues to work on future innovations.

One of these harkens back one of the earliest forms of breast augmentation; the removal of fatty tissue from one area of the body to the breast. Fat grafting is gaining in popularity for those looking for a less invasive way to enhance their chests, though it can take several procedures before patients receive desired effects.

In addition, last year, Dr. Norman Rowe, a New York City plastic surgeon, created the InstaBreast, an injection of saline solution that will pump up a woman’s breasts for about a day, before the solution is safely absorbed by the body. It’s a great way for women to preview what their bodies may look like, before having to make a more permanent decision.

Which brings me to my final point. The decision to undergo breast augmentation is an incredibly personal one - what’s right for one woman may not be right for another. But I hope that this article shed a little more light on the fascinating history of breast implants. 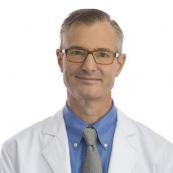