Is Diet Coke Making Us Fatter?

Weight problems? Your diet soda could be to blame.

My patients often think that switching from high-calorie soda to a sugar-free option is better for their health, but research continues to show that this may not be the case. Here are some recent studies that I find noteworthy.

While the actual extent of HOW bad diet soda is to our health and waistlines were certainly shocking, it wasn’t until last year that we caught a glimpse into WHY it’s bad for us.

Last September, another study- this time from the Weitzmann Institute of Science in Israel- showed that consuming artificial sweeteners could alter the bacteria populations in your gut. You see, the bacteria that slow down your metabolism and potentially cause glucose intolerance LOVE the artificial sweetener diet soda is laden with, so those populations grow, outnumbering the good bacteria that keeps us healthy.

Mice were the subjects of the initial study, but a later analysis done on humans suggested that the results could hold true for people as well.

But, all of this evidence doesn’t mean you should start downing regular soda and other sugary drinks.  Scientific research is pretty conclusive that the over consumption of sugar can also lead to diabetes and weight gain.

So, what’s my recommendation?

Ultimately, you need to treat diet soda the same way you do regular soda or any sugary treat…enjoy it in moderation and in combination with a healthy diet and exercise.

Doctors have long speculated that diet soda isn’t an effective tool for weight loss and numerous studies have backed this up.

One of the more famous and extensive of these was conducted by Johns Hopkins University in 2014. Researchers collected data from over 23,000 participants over a period of 11 years. They found that those who were overweight drank more diet soda than those who were a healthy weight.

They also found that overweight diet soda drinkers still consumed the same amount of calories as the overweight participants who drank regular soda.

It was speculated that this is because drinking diet soda activates certain triggers in our brains that associate a sweet taste with calories. When we don’t get those calories, it shakes up our metabolism as our bodies search for other forms of sustenance, causing us to overeat.

The latest in a slew of studies shows that senior diet soda drinkers gained almost triple the amount of belly fat than those who didn’t consume the beverage.  The report- conducted by the University of Texas Department of Medicine and KenAnCo Biostatistics- followed 749 participants, aged 65 or older for nine years and tracked their diet soda consumption.

The results showed that those who regularly consumed diet soda gained about 3.2 inches around their waistline. Those that rarely drank these kinds of beverages only gained 0.8 inches.

This is especially worrisome because we know that an overabundance of belly fat is extremely bad for your health.  Stomach fat can cause major problems because it builds up between and around your internal organs, creating toxins that can seriously affect how your body functions. Too much belly fat has been shown to lead to diabetes, heart disease, and some forms of cancer. 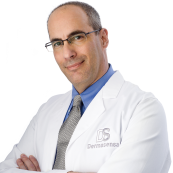