The History of Makeup

You would never smear crushed up bugs on your face in the name of beauty, would you?

It may sound strange to us now, but back in the day, Cleopatra and her fellow Egyptians would grind up carmine beetles and ant eggs –which made a deep red pigment- to create a primitive form of lipstick.

Thankfully, the ingredients of our makeup have changed over time, but both men and women have been primping and painting our faces since the ancient times. Our homemade concoctions have turned into billion dollar empires, and the styles have changed almost too many times to count. Today we’ll take a look at how far we’ve come.

Let’s return to the ancient Egyptians, who are widely thought to be the first users of makeup. In addition to their unconventional lipstick choices, both men and women would heavily line their eyes with kohl because it was believed to ward off evil spirits. We later learned that kohl offered more than just spiritual benefits. The mineral actually contains ingredients that helped prevent eye infections, as well as helped protect ancient Egyptian’s eyes from the harsh desert sun.

Hundreds of years later, the ancient Greeks and Romans were all about a strong brow game. For ladies in this era, it was all about the unibrow, and if they couldn’t grow one naturally, women would actually glue animal fur to their faces to fake it. To finish off their look, Greco-Roman women would also use poisonous lead based powders to whiten their faces, as a pale complexion was a sign of aristocracy. Skin that was tanned from the sun was the mark of a peasant, because they had to spend their days working outsides in the fields.

For the next several centuries, the pale look would remain popular, but the eyebrow was exiled. In Elizabethan England, women would model themselves after their queen by shaving their foreheads and eyebrows to create the appearance of a high, regal forehead. Red and blonde hair was also prized, with women using all sorts of substances to bleach their hair…including urine.

In the 18th century, French women built upon the look set by the English, as they continued to use poisonous substances like lead and mercury to achieve a milky white complexion. However, they coupled this with bright cheeks and lips. This era is also often known for its dramatic hair, with women piling their locks –often fake due to the prevalence of lice- into ornate styles, adorned with ribbons, jewels, and feathers.

This style would remain en vogue up until the Victorian Era, as prim and proper English noblemen and women turned their noses up at the made up French. At the absolute most, some women would wear light face powders and pinch their cheeks for some color; but lipstick or eye shadow? You can forget that; those were reserved for prostitutes and actresses only (though in the eyes of many, they were one in the same).

It wasn’t until the 1920’s- when women’s rights were on the forefront of society's mind- that women again began using makeup regularly…and, boy, did they go wild.

The 20’s were essentially a backlash to all that the Victorian era stood for. Makeup was heavy, colorful, and dramatic, with many women adopting what we now call the “flapper style.” This consisted of bold red lips drawn into a cupid’s bow, heavy, smoky eye makeup, and bright red rouge.

After that, Hollywood seemed to dictate the trends, with new styles every decade. From the glamorous ‘50’s to the electric ‘80’s, our looks have undergone some major changes.

Today, there’re pretty much no rules when it comes to makeup. Step outside and you can find women with painted purple lips, dyed eyebrows, or eyes lined with the blackest of liners. It’s all completely fine.

Or, we women can choose to not wear makeup at all. And that’s completely fine too.

But I’m sure there’s one thing we can agree on, no matter what your style may be; be thankful that we’re not putting bugs on our faces anymore. 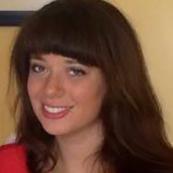